Keith Harrison is one of the key note speakers at this professional development day which takes place in Bristol this week.
I'm really looking forward to this as it's going to be all about exploring and fostering the relationship between artists and museums, an area that I've been interested in since I worked on Pigeon English at the Holburne Museum. As I'm just about to finish my Masters Degree, I really hope that the day will give me plenty of inspiration to develop a new project.

Posted by Catherine at 16:02 No comments:

I've just installed my final Masters assessment show at Bath School of Art and Design.
As the public show doesn't take place until September I thought I'd post a couple of images of my new work. 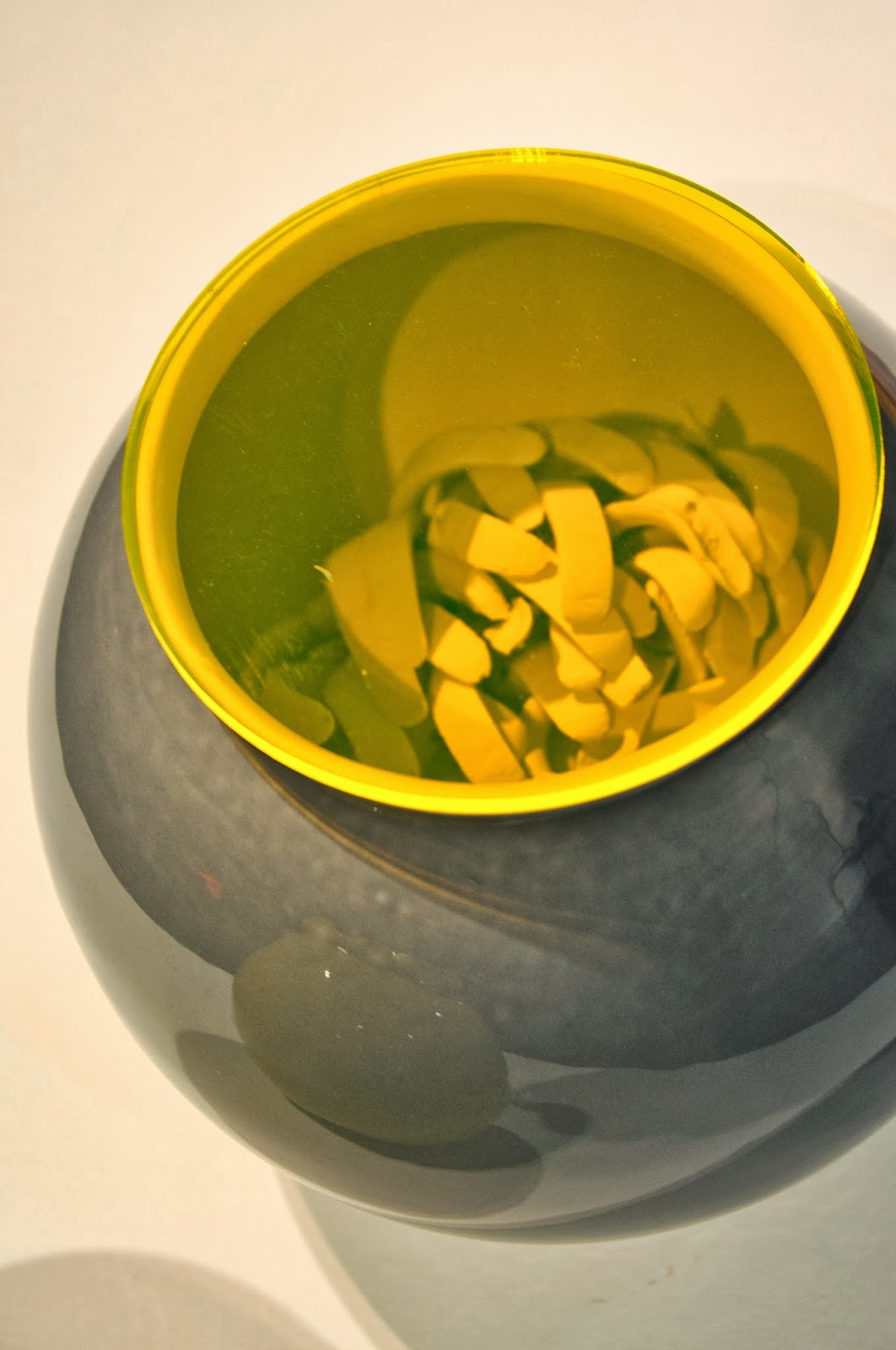 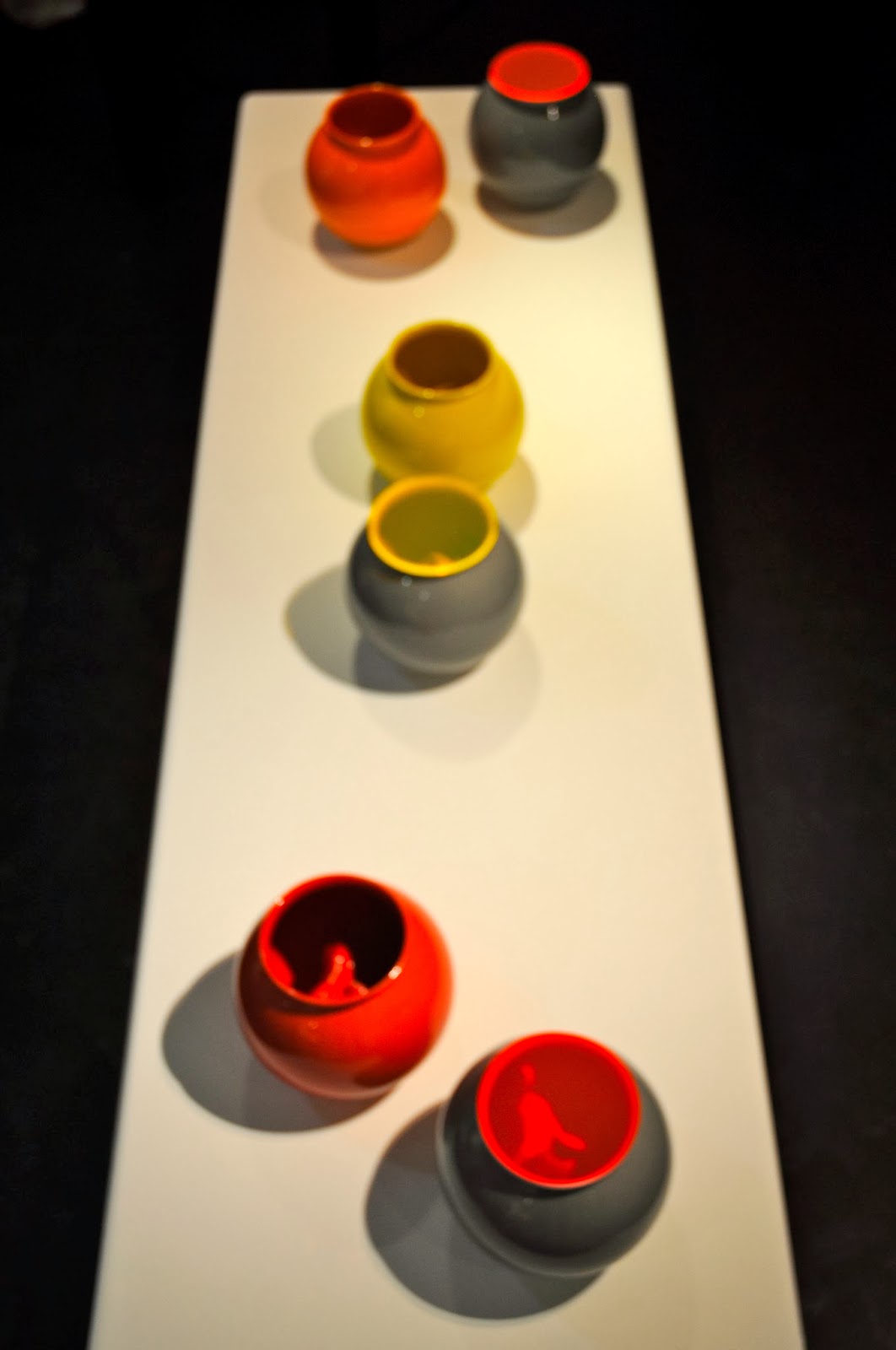 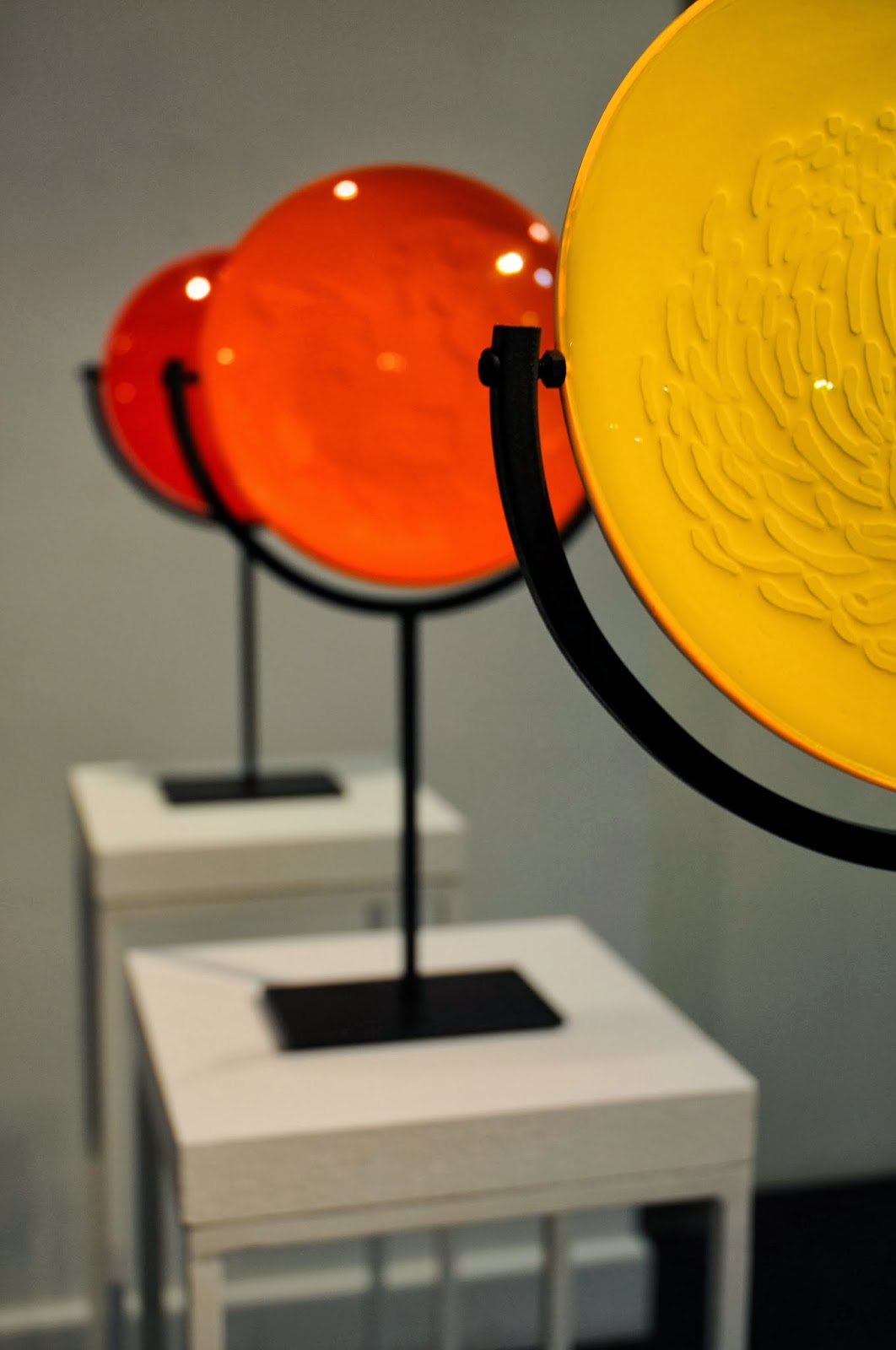 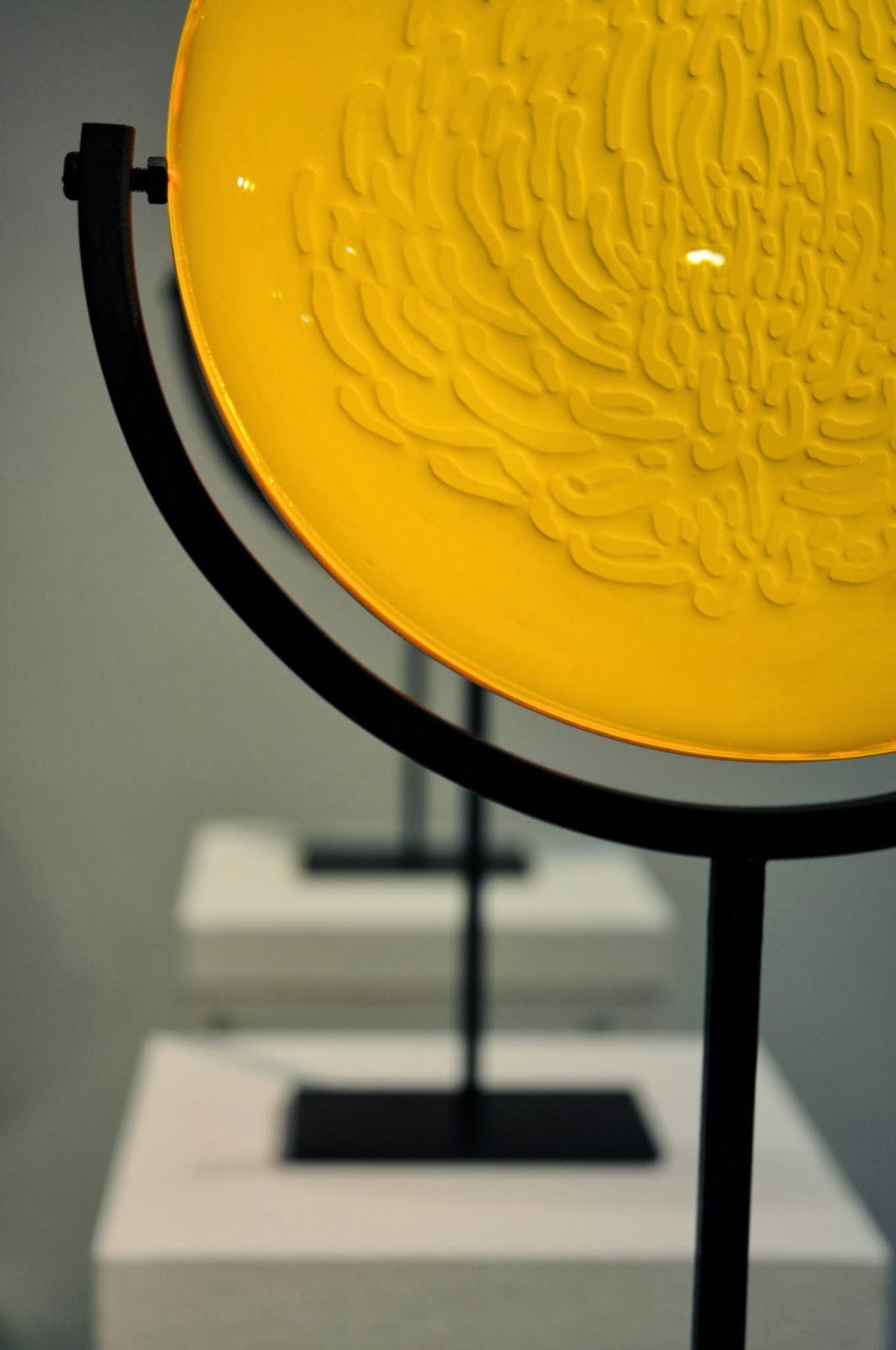 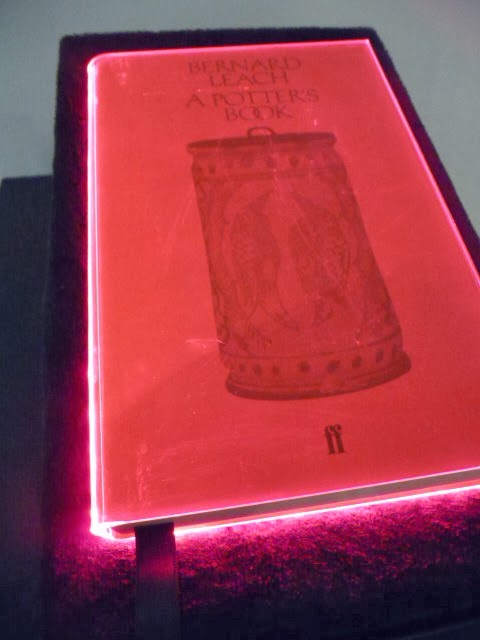 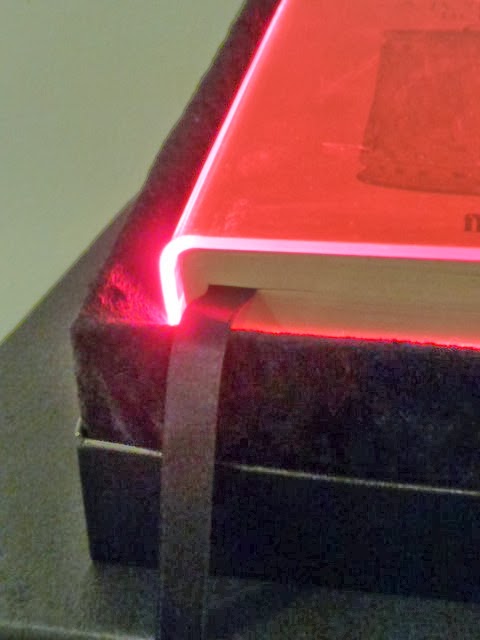 Posted by Catherine at 15:58 No comments: 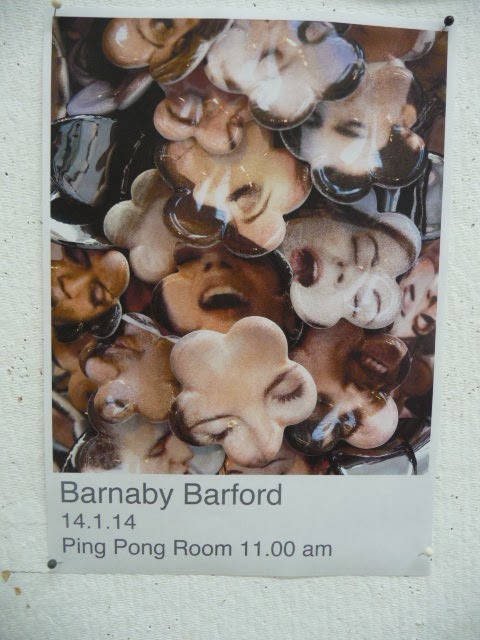 Barnaby Barford gave a Masterclass at the University in the week…
It was interesting to hear about the logistics of making some of his larger scale pieces, for example the Seven Deadly Sins mirrors.
Posted by Catherine at 15:22 No comments:

A white elephant is an idiom for a valuable but burdensome possession of which its owner cannot dispose and whose cost (particularly cost of upkeep) is out of proportion to its usefulness or worth.
The term derives from the story that the kings of Siam (now Thailand) were accustomed to make a present of one of these animals to courtiers who had rendered themselves obnoxious, in order to ruin the recipient by the cost of its maintenance.


In modern usage, it is an object, scheme, business venture, facility, etc., considered without use or value. Something that is more trouble than it is worth, or has outlived its usefulness to the current owner. 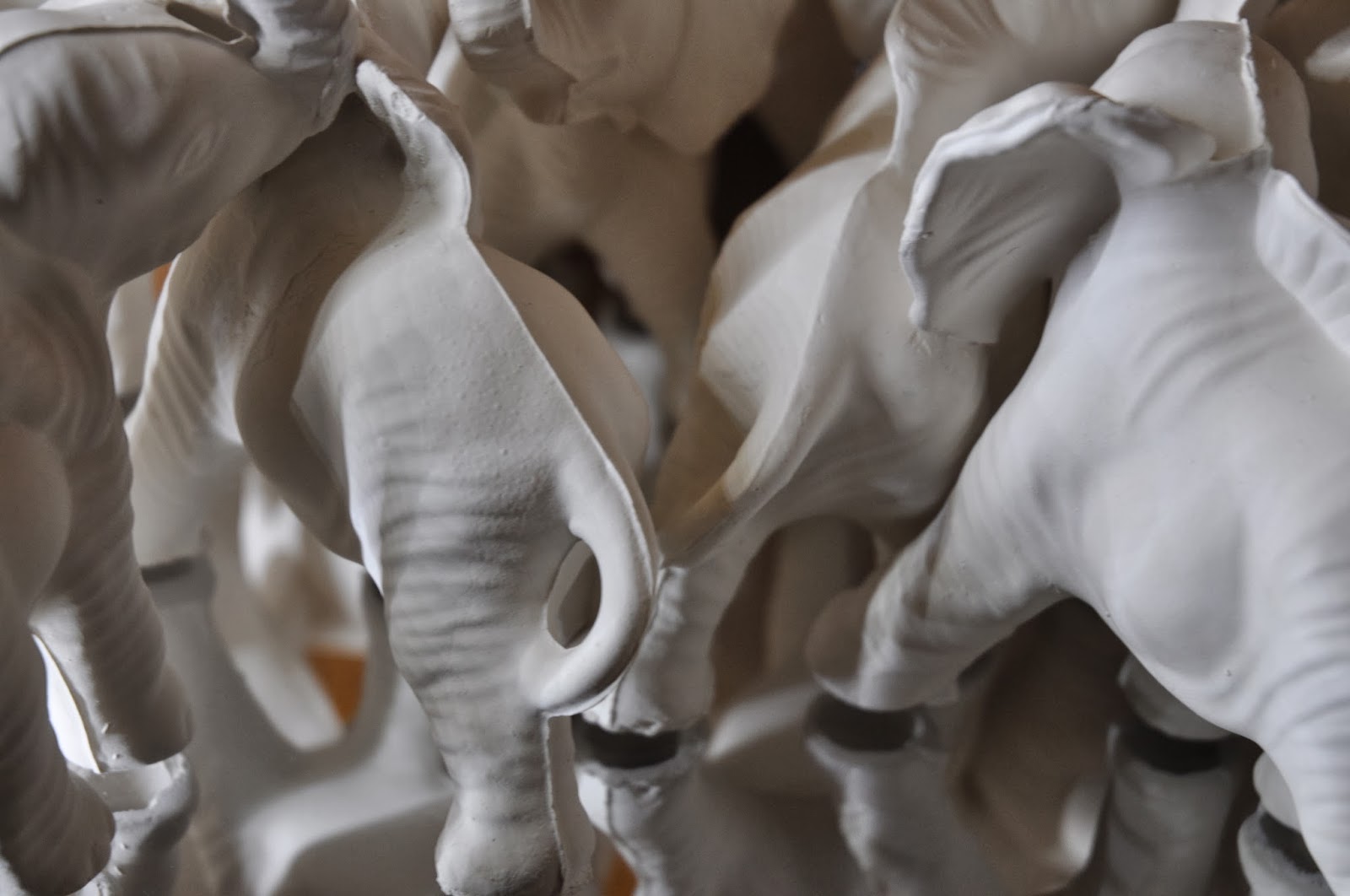 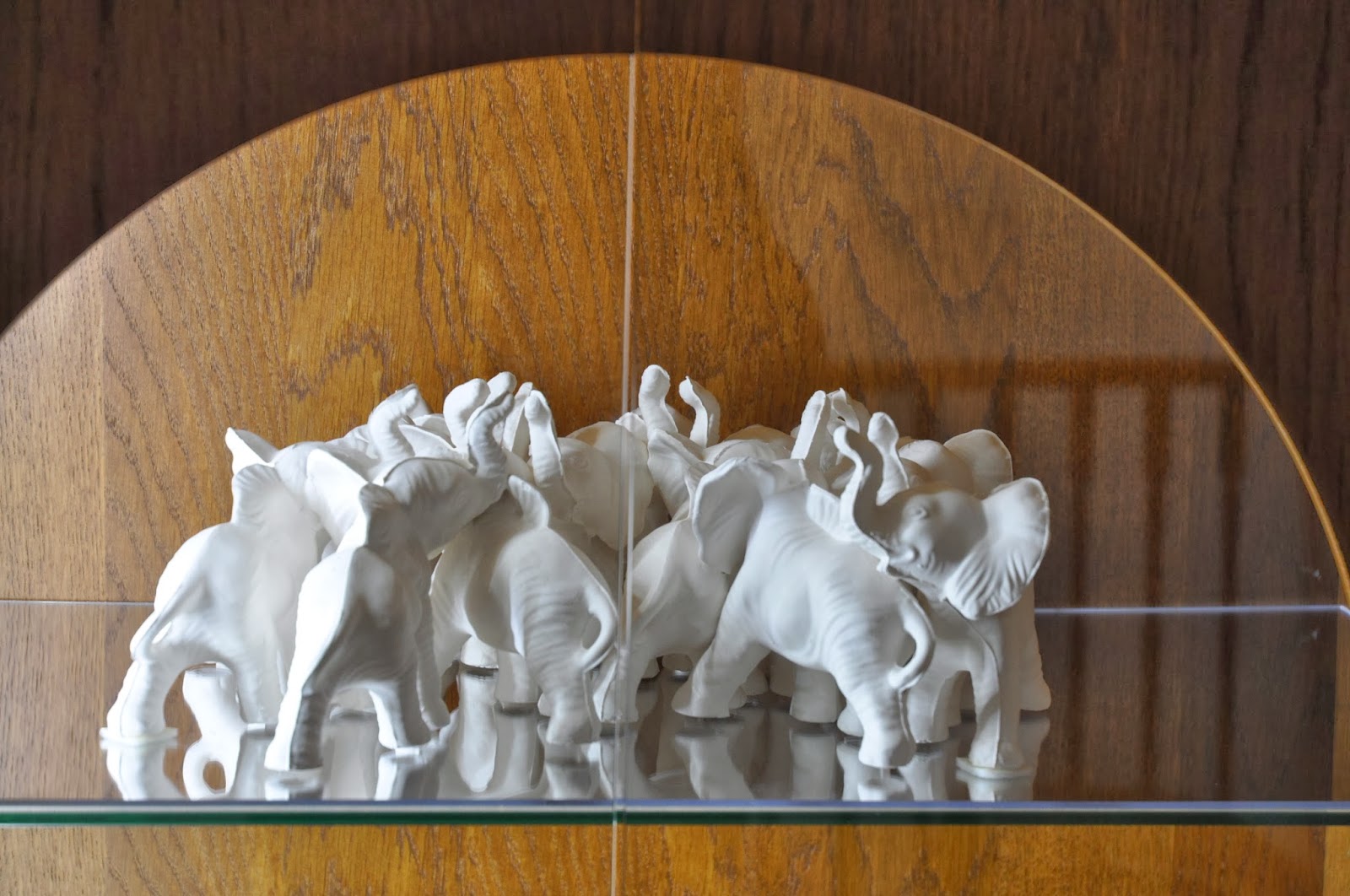 Posted by Catherine at 04:14 No comments: 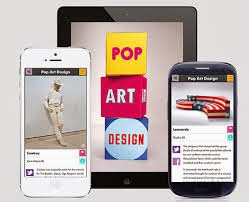 I recently experienced something new within the realms of the 'gallery experience' at Pop Art Design, the Barbican.

Wandering around the exhibition I became aware that many of visitor's attentions were focused on their mobiles phones rather than on the art….

More surprising was my own response to this. Rather than seizing this opportunity to bemoan the intrusion of digital technology into every crease and fold of our lives, I felt contrarily compelled to approach the gallery attendant in order to discover exactly what it was that I was missing out on...

The "exhibition app" was the answer.

Simply scan the QR code (assuming that you have already handily downloaded a scanner app, that you have a phone of the smart variety and that you have not exceeded your data roaming quota that month) displayed on the wall next to the exhibition statement and enjoy an enhanced viewer experience...

Check it out for yourselves Pop Art Design App

I got it, I gave it the quick once over in the gallery, I put my phone away and only returned to it once later on to find out more about the exhibits which were of most interest to me - ceramic works by Carole McNicholl, Peter Blake's Babe Rainbow and an interesting neon piece by an artist who's name I didn't know. Regrettably none of these pieces were featured on the app, and so that's where we parted company.

The experience left me a little cold and pondering questions such as, who then curates the app content? and how technological advancement will affect our engagement with art consumption in the future? 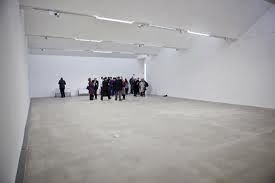 I first imagined an empty gallery space totally devoid of any tangible works of art, with visitors roaming around staring at the virtual exhibits on their mobile devices, then I thought, actually... why bother getting off the sofa to do that? 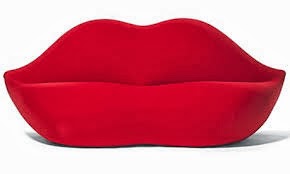 Posted by Catherine at 10:33 No comments: 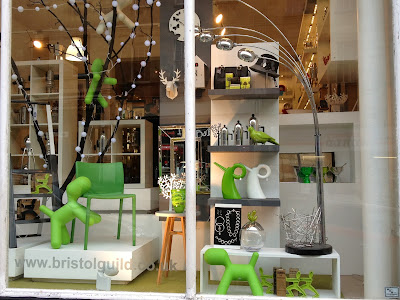 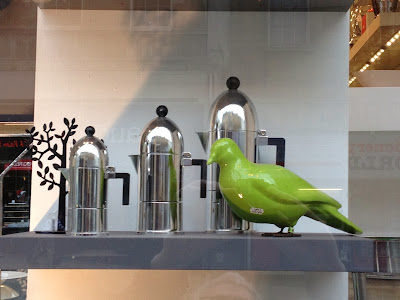 Posted by Catherine at 08:50 No comments: 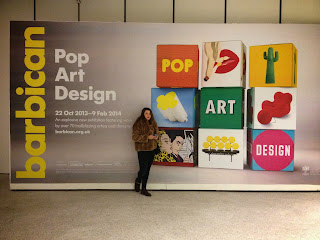 I visited the Barbican before Christmas to take in this show which concentrates on the dynamic relationship between Pop Art and Design, recognising the dialogue that exists between the two. 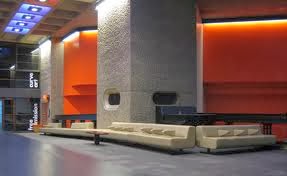 The Barbican Centre's 1970's Brutalist architectural style was in it's self was an unexpected delight.

Growing up in this era was such a formative experience and walking around the exhibition really drove that home. Memories of childhood times spent looking around Arnolfini in the early days came flooding home… Gilbert and George, Allen Jones, Peter Blake, they all added to the development of my internal vocabulary, which I now recognise as having a massive influence on my perception of contemporary art and my position within it. 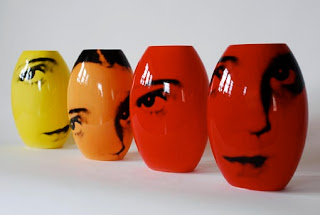 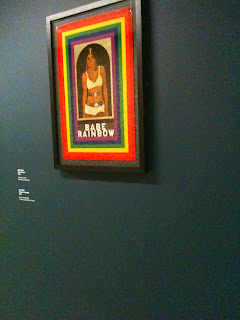 Seeing Peter Blake's Babe Rainbow in the flesh for the first time gave me goose bumps.


My work occupies an ambiguous hinterland between product, art and design.