I recently took a 'Keith's Coach Tours' road trip to Stoke-on-Trent to visit the British Ceramics Biennale.
First stop was the The Potteries Museum & Art Gallery which hosted AWARD the Biennial's "major survey exhibition of current ceramic practice in the UK".
Sadly I had to pinch myself a few times to remind myself that we had't inadvertently turned right onto the M4 and arrived at Ceramic Art London...(same old, same old)…
There were, however two redeeming highlights of the show.The first of which was Nick Lee's amazingly uber-crafted objects, the result of his M.phil research at the Royal Collage of Art. I’ve seen photographs and heard them described, but nothing prepared me for cerebral quality of his new work. The pieces demanded much curiosity from visitors to the exhibition. Not only has Nick managed to create these technically impossible forms from a wildly challenging material, but in doing so, he draws attention to the 'penumbra' – the area where solid form meets shadow,occupying the boundary between matter and space. 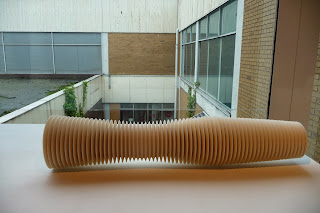 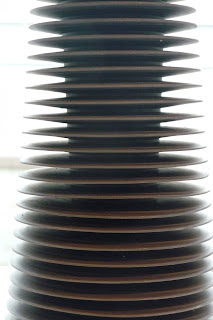 Accompanying drawings were fresh and accentuated the seamless transition of the work between 2D and 3D. 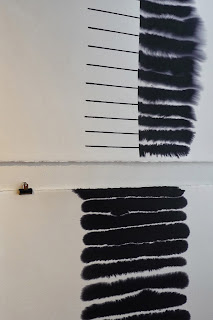 The Uncanny Playroom by Christy Brown was an utterly intriguing, if somewhat unsettling gathering of ceramic & mixed media figurative sculptures. 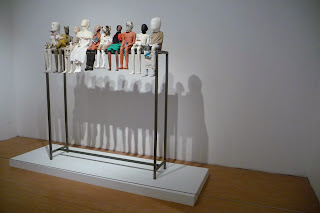 Brown explores fragmented objects and their relationship with the human figure to create a narrative which leads you into a dreamlike ancient other world.